Driving consumer compliance in their usage and optimising their physical properties are vital to ensuring protection from the sun by SPF containing products.  If the products don’t spread well on the skin, or the consumer cannot apply them in an even layer across the skin then protection from the UV drops rapidly compared with the advertised SPF values.  While the technologies going in the products have evolved with a need for greater and greater sun protection, the techniques for assessing their behaviour have not progressed at the same rate.

SPF testing is currently carried out in vivo under controlled circumstances in a clinical setting, and UVA protection is done via an in vitro test.  At the end of 2016 I was asked to develop a better way of assessing the behaviour of sun protection products, with the aim of helping product development before they have to be applied to people.

I decided to develop a UV imaging system, to look at film morphology and UV absorbance in a controlled way.  However there are a number of significant hurdles to overcome for this – commercial SLR cameras have UV blockers to limit their imaging to visible light, most cameras lenses block UV due to their construction, SLR flashes again block UV and let visible light out.  Modifying the camera to allow it to see UV is actually not a problem and I turned to Advanced Camera Services in the UK to make me a camera which could image in UV using their proprietary UV transmitting filter (specifically between 320 and 390nm where the camera sensor still has some sensitivity).  They also modified the flash for me, and provided me with a UV transmitting lens.  However all of these issues were only the introduction to the problem.  The key difficulty to overcome is the shine from the product film……

Shine is a real killer when imaging topical cream products – when you hit a creamy film with a flash light, it acts like a mirror, and the light just bounces back off the surface.  When you photograph this, you just get a whiteout, exactly like when you photograph a mirror with a flash.  The way photographers get round this is to cross polarise the flash and camera – use 2 polarisers set at 90 degrees to each other, one on the flash and one on the lens.  The eliminates the reflection from the surface of the mirror and allows the light to get through which has actually interacted with the substrate underneath the surface.  In theory this would be ideal for the sunscreen films – it would allow imaging of the sunscreen films itself, without the annoying shine.  But here’s the problem, everyone I spoke to said that it had never been done before with UV light, and that normal polarisers would not let UV through at all.

Yes, you can buy UV grade polarisers, but they are very expensive and limited to certain relatively small sizes.  I needed polarisers large enough to cover the flash, which would have been extremely expensive.  So a lot of testing, enabled me to find some polarisers which let enough UVA through to allow me to do cross polarised UVA imaging if sunscreen films, something which has not been reported before.  My work on this has been written up and published, and the paper can be found here in the International Journal of Cosmetic Science.

Once you can image the sunscreen film using cross polarised light you can start to see the fine structure produced during the application process – for instance some products produce streaks during the application phase, while other produce a very even coverage, depending on the formulation.  Example photographs of ‘non streaky’ and ‘streaky’ products are given below. 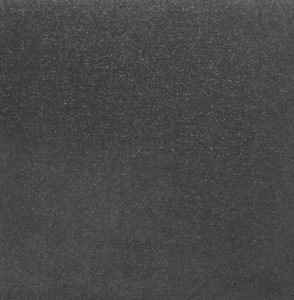 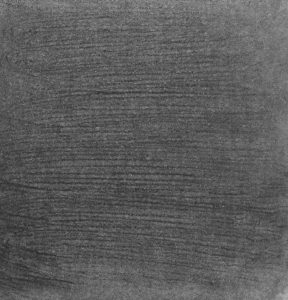 The images above are low resolution photographs from my imaging system, and each covers approximately 5cm by 5cm.  As can be seen one film has no visible streaks, and the other has obvious lines caused by the application process.  Without cross polarising, these features would have been completely drowned out by the reflection of the light from the cream surface.

As a result of my work I was able to provide a better correlation with final in vivo SPF behaviour, that was observed for either traditional in vitro SPF testing or in silico SPF prediction for a set of test products, even though I was only imaging in UVA.  As expected I showed a high degree of correlation between film morphology and sun protection, with the absence of steaks being a key indicator for higher sun protection.